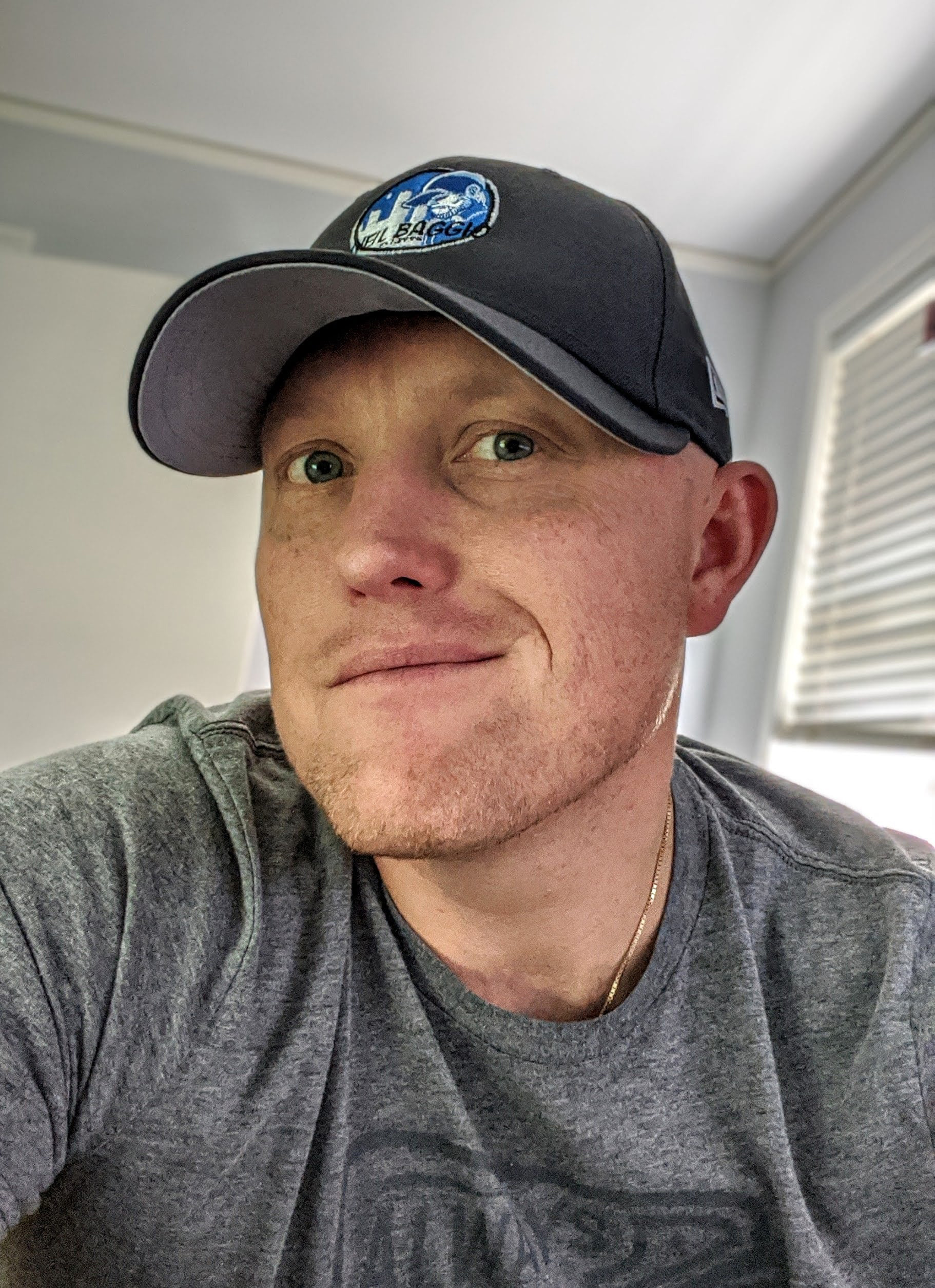 Charles D’Amico wrote 1 million words of fiction before the age of 40. A few hundred thousand of those words are a part of his award-winning Neil Baggio suspense series, and the rest will be published by the small press he founded in 2020 — Blue Handle Publishing.

His debut, Veritas, won the 2021 PenCraft Award for Literary Excellence in Suspense and was named a finalist for the 2021 Readers’ Favorite International Book Award in the general mystery category. Colloquium, Book 3 in the Baggio series, earned second-place honors in the PenCraft Awards’ mystery-sleuth category.

Charles was born and raised with one sibling in Metro Detroit, where he attended the all-boys Catholic prep school where his mother taught before she passed away. After studying Psychology and Criminology at Ball State University and earning a Bachelor’s in 2004, Charles’s gift for writing was put center-stage when an injury allowed him to write full time.

He quickly took a job that forced his novels to the backburner and has enjoyed a successful career in finance and as a restaurateur, in addition to a variety of jobs that have informed his outlook on life.

But he never stopped writing.

In addition to bringing his life experience and unique writing style to the literary world, Charles is the founder, president, and CEO of Blue Handle Publishing and Book Puma — an editorial firm that provides online learning and book editing services focused on changing how authors and publishing professionals interact. For more information, visit BookPumaOnline.com and BookPumaEdit.com.

Charles is working on his 2022 release, File Perdue, a Marie Perdita suspense novel that will start a new series in his Neil Baggio universe. He is also finishing Baggio Book 5, Cons ilium, for release in 2023.

Charles resides with his wife, Colleen, and their two kids in Amarillo, Texas, which has treated him like home since the day he arrived. His company Blue Rock owns and operates a chain of restaurants in Amarillo and two other cities in the Southwest.

Andrew J Brandt is a graduate of West Texas A&M University with a childhood rooted in the Dewey Decimal System of the Vernon, Texas, city library, where his grandmother worked. After devouring books in those stacks, Andrew wrote multiple #1 Amazon bestselling young adult novels and has earned accolades from the PenCraft Awards for Literary Excellence, the Reading the West Awards, and the Readers’ Favorite International Book Awards.

Andrew’s coming-of-age story Mixtape for the End of the World (Blue Handle Publishing, May 2021) earned second place in the 2021 PenCraft Awards and was nominated for the 2021 Reading the West YA Book of the Year.

In 2020, Andrew became the debut signing of Blue Handle, which released The Unwinding Cable Car, followed by Mixtape for the End of the World. His next paranormal YA thriller, Picture Unavailable, is scheduled for release on October 25, 2022. It has been described by award-winning author Charles D’Amico as “his best writing yet, and the solution to every Stranger Things fan’s craving.”

Andrew lives in Texas with his wife and children.

His latest addition to the literary and entertainment world is the Indie Author Method Podcast, where he interviews amazing guests and shares insights into the world of writing and publishing. 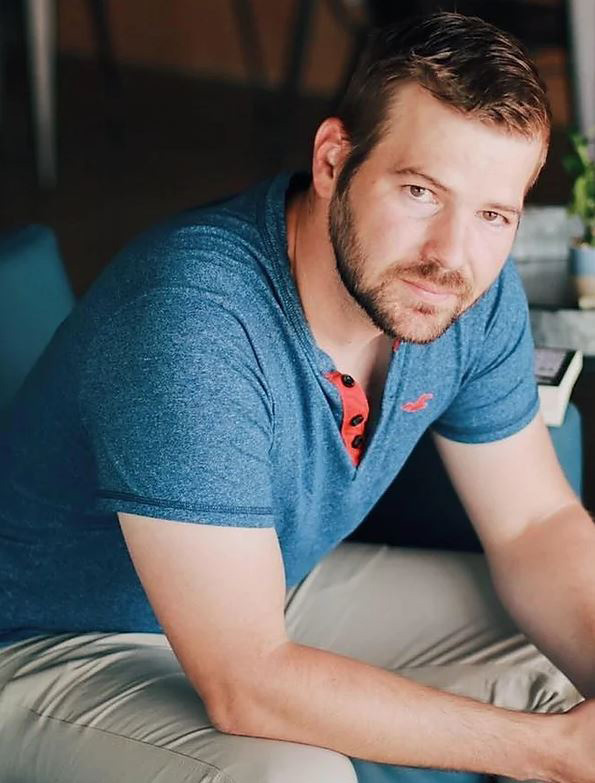 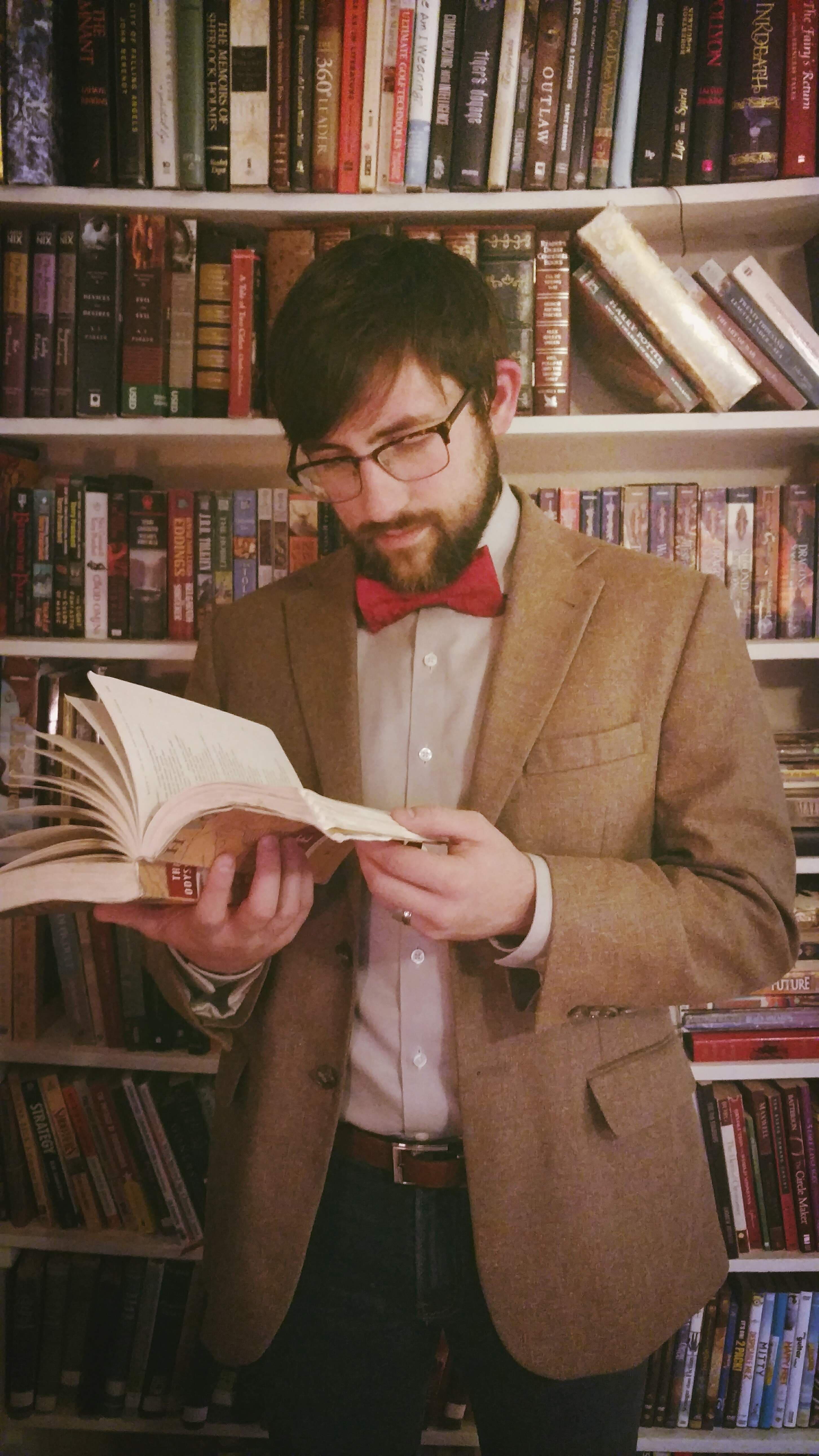 Jordan is the second local addition to the Blue Handle library of authors. He grew up in Panhandle, Texas, and graduated from West Texas A&M University with a degree in Engineering Technology. He currently lives with his wife and child in Sanford, Texas, and works at Plemons-Stinnett-Phillips Consolidated Independent School District in nearby Stinnett. Reed has a black belt in Karate and enjoys exploring used bookstores such as The Burrowing Owl in Amarillo and Canyon.

A bit about The Wizard’s Brew:

"Hits the ground running and pulls you into a gas-lit world of magic and mystery. … keeps you guessing right up to the end."— Ryan McSwain, author of Four Color Bleed

Ghoul War veteran Zane Vrexon is struggling to make ends meet as a private detective when he gets a cryptic note from an old friend, Dennis, who says his new wife is in danger. Then Dennis turns up dead in his own potion shop and his widow, Vana, is the main suspect.

Zane has enough problems — including an addiction to healing elixir and a voice in his head with nothing but bad ideas — but he agrees to investigate with help from Dennis’s gnome assistant and a professor from The Institute. But as they dig into the mysterious death, Zane and company find that Dennis had ties to the goblin mob and Vana is being hunted by a being thought either mythical or long extinct.

And now they’re in the cross-hairs with her.

At Blue Handle, we focus on brining a variety of quality and diversity to our lineup, constantly looking for extremely talented individuals willing to test their writing and creativity. Leslie Liautaud epitomizes this with her award-winning immersive play Southern Gothic, which won Joseph Jefferson Awards for best director, scenic design, and artistic specialization. Premiering in 2008 at the Windy City Playhouse in Chicago, Southern Gothic was also nominated in the midsize play, new work, and ensemble categories.

Originally from Kansas City, Missouri, Leslie has worked in the performing arts for more than 30 years. She currently divides her time between Nashville, Tennessee, and Key Largo, Florida, with her husband, Jimmy John Liautaud, their three children, and menagerie of animals.

Leslie has multiple projects with Blue Handle that we are excited to bring to the light, including her novel Black Bear Lake, which releases September 13, 2022. 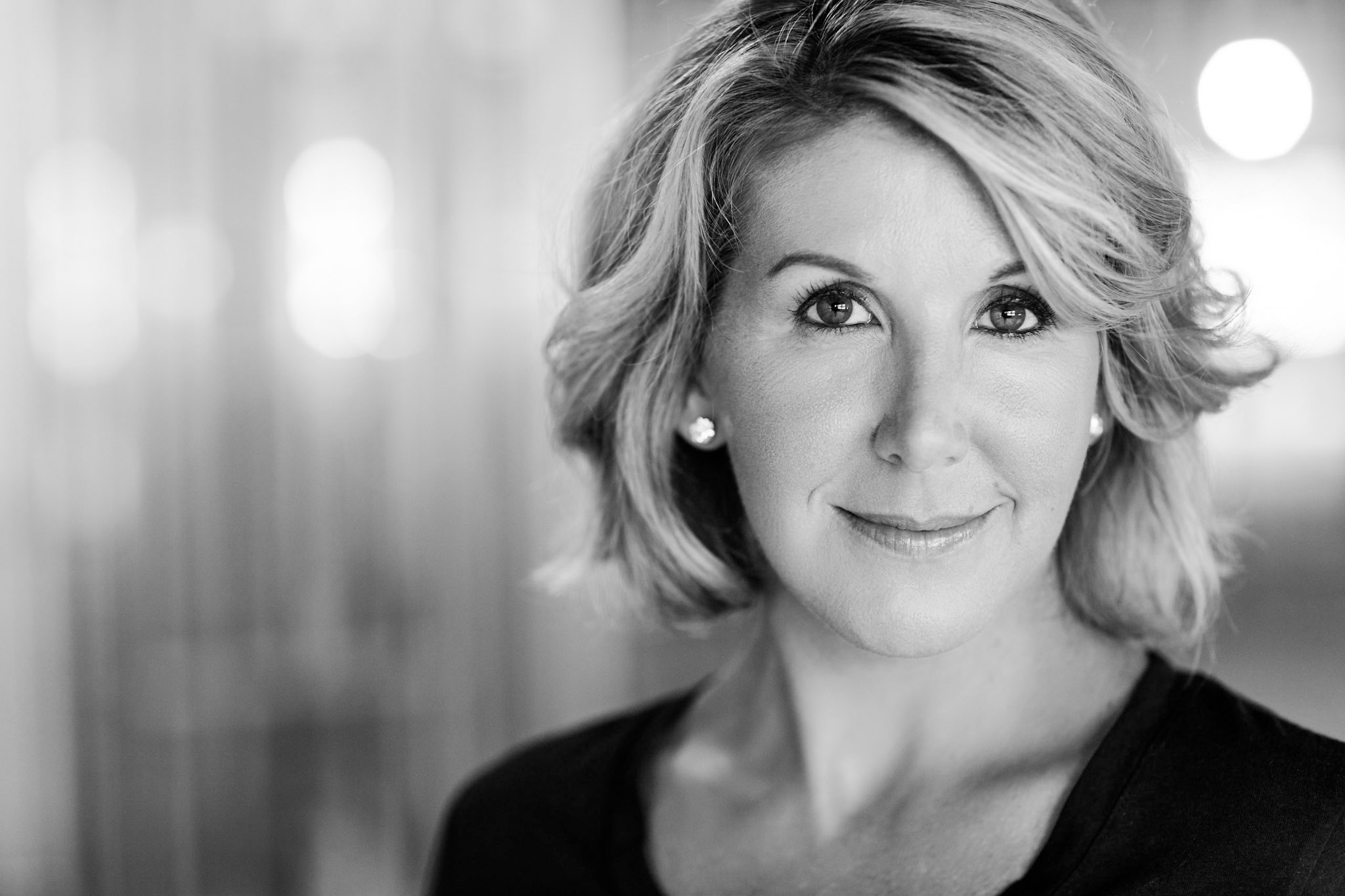 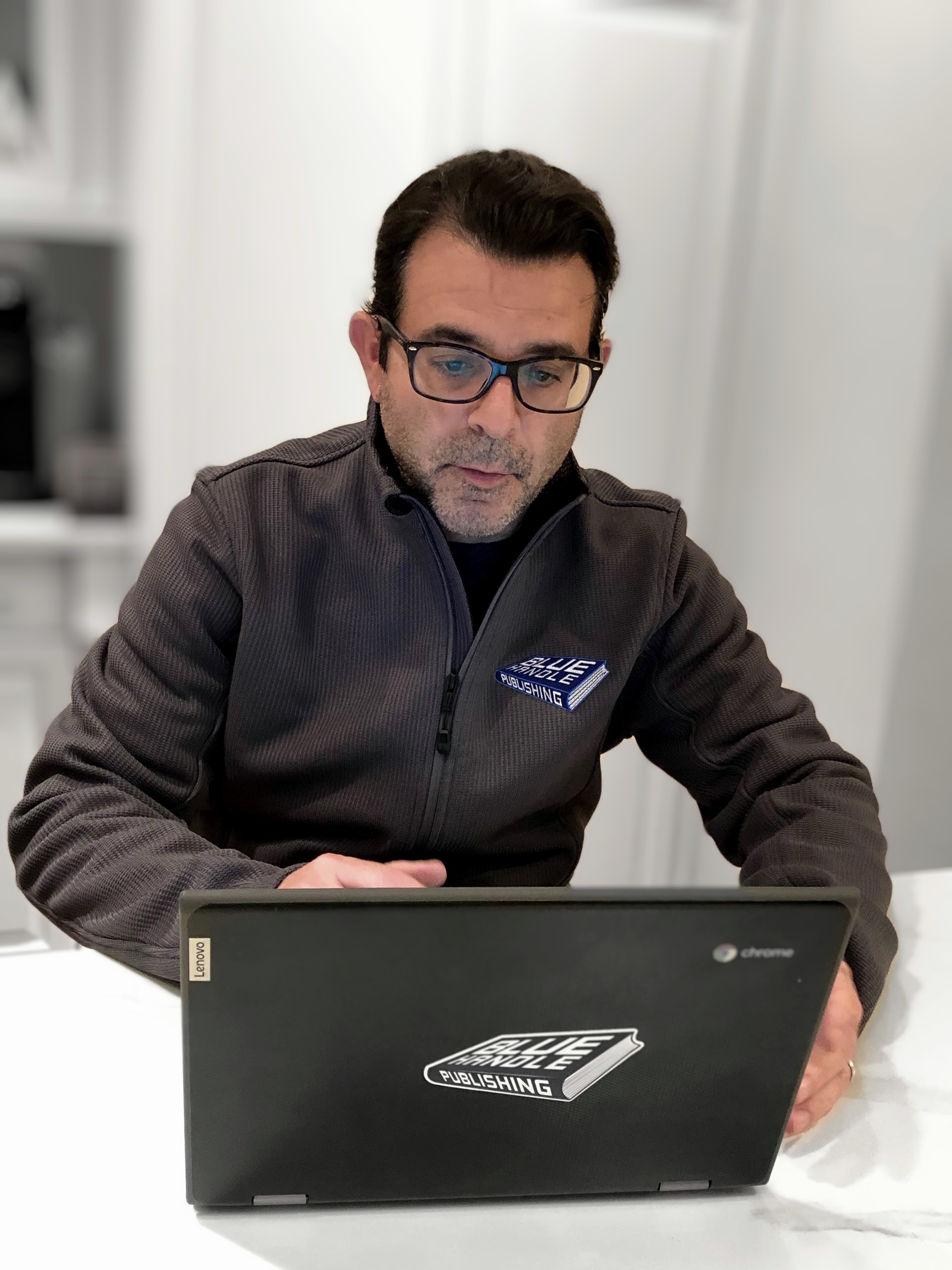 Ray Franze’s combination of curiosity, knowledge and amazing exposure to stories of the Chicago mob has given him a unique perspective to bring to life his debut novel. The Heights (Blue Handle Publishing, 2023), a work of historical organized crime fiction based story telling.

Ray has spent nearly 30 years trading options at the Chicago Mercantile Exchange and the Chicago Board of Trade after graduating with a BBA from the University of Iowa. He grew up with his two older sisters in the Northwest suburbs of Chicago, where his loving parents and grandparents helped instill a strong work ethic, including the mantra “There’s no such word as can’t.”

When Ray chose writing as a creative outlet, he relied on that mantra to finish his debut. And after more than 25 years in the “pits,” he has many more stories to tell.

He lives with his wife of 20 years, Nicole, in the Chicago suburbs, where they raised three daughters.

Jerry Gray has a wealth of knowledge about football and building character, and now he’s set to share it with the world.

Jerry has been coaching in the NFL for more than 20 years and was an All-Pro defensive back before that, earning 1989 Pro Bowl MVP honors. He was selected in the first round of the 1985NFL Draft by the Los Angeles Rams and also played for the Houston Oilers and Tampa Bay Buccaneers.

A Lubbock native and graduate of Estacado High School, Jerry played college ball at The University of Texas, where was a two-time consensus first-team All-American for the Longhorns. He and was inducted into the College Football Hall of Fame in 2013. In 2002, he started the Jerry Gray Foundation in Lubbock, which provides scholarships to Texas Tech University, among other philanthropic and youth instructional endeavors.

His first book, Both Sides of the Mountain: Dealing with Fame, Fortune, and Everything in Between, is scheduled for release in summer 2023. In it, Jerry tackles issues such as racism and inequity in sports and dealing with adversity, including the COVID-19 pandemic, to provide a guide for young athletes looking to make it big.

Jerry and his wife have two sons together, the eldest of which was a defensive back at Southern Methodist University, where Jerry coached defensive backs in 1995-1996. 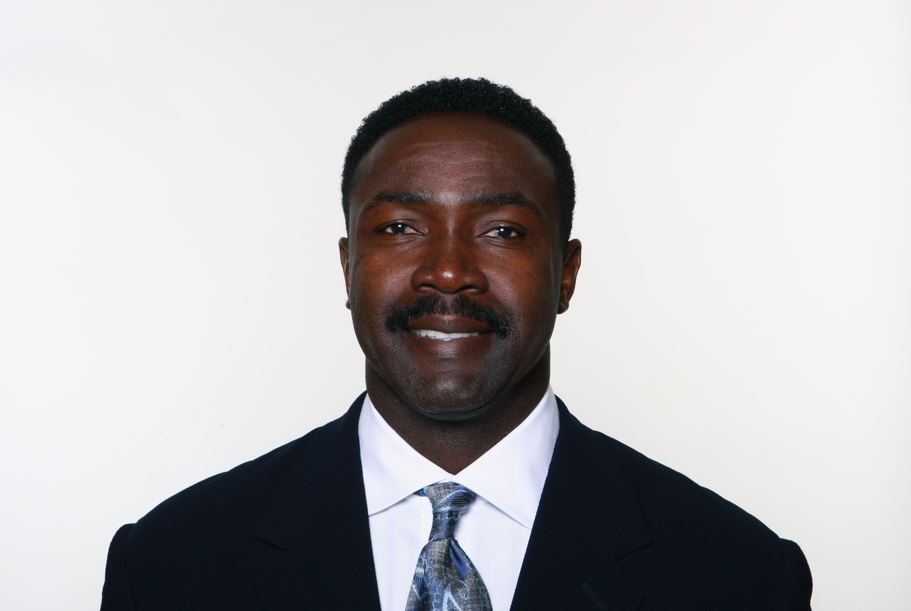